Lead by an Executive Staff that provides a strong foundation of expert knowledge, guidance and a wide network of industry partners; DCW stays close and grows together with and for its clients.

DCW’s position as one of the nation’s premier media buying agencies owes much to the pioneering vision of Ken Bove, Sr., who acquired an agency called Dougherty, Clifford and Wadsworth in 1973 and immediately transformed it into an innovative industry leader.

Forced by circumstances to begin working at age 16, Mr. Bove worked as a proofreader for a law firm, an accountant for a construction firm and a butcher’s apprentice before going into business for himself at age 22. He opened several stores, which he sold within three years to launch a career on Wall Street. At age 33, he established Kenneth Bove and Company, which soon became the country’s largest over-the-counter securities firm, with 300 salesmen, two home offices on Broadway and branches in four states.

Six years later, after selling Kenneth Bove and Company, Mr. Bove embarked on a new endeavor, becoming an advertising representative for NBC Radio. After observing barter principles in action, where advertising is traded for products and/or services instead of money, he decided to acquire Dougherty, Clifford and Wadsworth/DCW in 1973.

As head of Dougherty, Clifford and Wadsworth, Mr. Bove drew on his investment and trade-related experiences to pioneer highly original barter/trade arrangements, as well as the practice of media banking. Among the clients to benefit from his innovations were Mobil Oil, Magnavox, RCA, Zenith, Emerson, IBM, GE, Firestone, American Motors Corporation and Eastern Airlines, to name a few.

After turning the day-to-day management of Dougherty, Clifford and Wadsworth over to his son, Ken, in 1997, Mr. Bove remained a vital force at the agency, serving as Chairman of the Board.

A native of Brooklyn, Mr. Bove was awarded an honorary Doctor of Laws degree by St. John’s University in 1985, as well as the university’s highest honor, The University Gold Medal, conferred in 1987.

Ken Bove has negotiated and bought hundreds of millions of dollars’ worth of traditional offline and online media over the course of more than 30 years in the media business. He became President of DCW in 1997, after previously overseeing the agency’s sales department. Ken has overall responsibility for all aspects of agency operations and serves as the agency’s chief media negotiator and buyer. He has negotiated and bought media for a wide range of clients, including Continental Airlines, Hilton Hotels, National Car Rental, US Airways, PartyPoker, Varian Medical Systems, Time-Life and P.C. Richard & Son.

Since assuming leadership of DCW, Ken has steadily expanded both the agency’s client base and revenues while saving clients millions on their media investments. Ken earned a B.A. in Communications and Business from St. John’s University.

Kevin is responsible for defining and maintaining the capital structure of DCW. He establishes and administers the agency’s policies governing credit, trade banks, billing reconciliation and other key financial issues. He also oversees legal matters at the agency. Kevin brings diverse professional experience to his position as Executive Vice President and CFO, having worked as a financial and management consultant and as a trial attorney. Kevin has a B.S., B.A., MBA and JD from St. John’s University.

“The more I see, the less I know for sure” – John Lennon

Since joining DCW in 2008, Kris has grown into the role of Vice President of Sales. His strategic vision has made him a trustworthy partner with both DCW Media clients and his co-workers. Current account management responsibilities include Mercy College, Iona College, Mission Athletics, Zwanger Pesiri Radiology, Sublet.com, and Wingstop.

In addition to the coordination of media efforts, research and competitive analysis for his clients, Kris actively seeks out new media opportunities, experiential programs and added value promotions. Kris oversees a sales force of 10 and growing , as well as new media opportunities for his clients. His expert knowledge in media and enthusiasm for the media industry continue to increase the results of every client dollar spent with DCW Advertising. Kris is a graduate of Molloy College with a B.A in Communications.

“It’s the possibility of having a dream come true that makes life interesting.”

As the Director of Media Planning for DCW, Margo is responsible for managing and planning all traditional media for various clients. Her primary responsibilities include planning and recommending stations and networks that meet client goals, as well as overseeing traditional media campaigns from start to finish.

Prior to joining DCW in 2008, Margo spent five years as a Media Buying Manager for Ionic Media Group, working with clients such as iRobot Roomba, Ashworth, First National Bank of Omaha and NexTag. Prior to her tenure at Ionic, Margo spent 12 years as a Broadcast Buyer/Supervisor for Grey Direct in Manhattan, where her clients included Chase Manhattan Bank, Save the Children and AAA of Southern California.

Margo holds a B.A. in Communications from the State University of New York at New Paltz.

Yvonne has been a vital part of the DCW family for over 15 years. Operating as a key member of the DCW team, she has helped the company grow to what it is today thanks to her involvement with operations management, efficient execution of essential client services in planning, research, placement and reporting. Yvonne holds a degree from Long Island University.

Yvonne is proud to have worked her way up as one of DCW’s Executive staff members, she currently holds the VP of Media Services position, overseeing strategic media planning for various TV, Print, and Outdoor media campaigns.

“Give a girl the right shoes and she can conquer the world.” 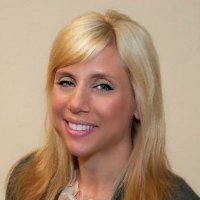 Christy has more than 19 years of professional involvement in such industries as pharmaceutical advertising, media buying agencies and financial technology firms to name a few. She began her career at DCW back in 1996 and went on to broaden her professional capabilities working as a team leader at Thomson Reuters before returning to DCW in 2006. With her creative studies at FIT and School of Visual Arts, Christy helps cultivate clients’ investments into successful media campaigns with streamlining and money saving resourceful ideas.

“A mind is like a parachute, it doesn’t work if it’s not open.” – Frank Zappa

Stephanie is an award-winning media executive with an extensive background in digital media and online marketing. Throughout the past 10 years she has worked as an entrepreneur, digital media executive, public relations specialist, corporate trainer, systems analyst and web manager in both the private and public sectors.

Stephanie joined DCW early in 2014. As the VP of Digital Media & Marketing, Stephanie is responsible for managing DCW’s Digital Department, where she provides leadership support for selecting, designing and implementing critical components of digital media strategies for clients.

Stephanie holds a B.A. from the University of Maryland, an M.S. from Pace University as well as an MBA in Marketing from Mercy College.

“A real voyage of discovery consists not of seeking new landscapes but of seeing through new eyes.” -Marcel Proust

Prior to DCW, Brian was the Senior VP, Director of Media Services for Korey Kay & Partners for the past 12 years where he oversaw all media plan development and participated in all new business pitches. Brian’s role was managing media planning, buying & research for all KKP clients including the MTA, Wilmington Trust, Wynn Resorts, Stuart Weitzman, BayBank, Emigrant Savings Bank, Royal Olympic Cruises, Manulife and Oyster.com.

Any cookies that may not be particularly necessary for the website to function and is used specifically to collect user personal data via analytics, ads, other embedded contents are termed as non-necessary cookies. It is mandatory to procure user consent prior to running these cookies on your website.